Plant a tree in memory of Clara
An environmentally-friendly option 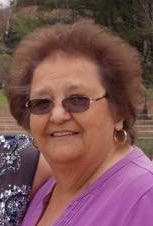 Born December 21, 1948 in Lancaster, she was a daughter of the late Benjamin “Earl” Walton Sr. and Ruth V. (Wolfe) Walton.

Clara was a graduate of Penn Manor High School. She worked  numerous jobs in the retail industry and her personality was loved by everyone. She enjoyed spending time with her family and friends.

She is survived by her son, her pride and joy, James M Walton (Heather), Hughesville, Pa;  four grandbabies, Jessica, Rebekah, Breanna and Parker;  two great-grandbabies, Lilah and  Dominic. Clara is also survived by three brothers, Robert (Maxine), of Willow Street, Donald (Cindy), of Conestoga,  Benjamin E. Jr. (Joan), of Wellsville, NY;  many nieces and nephews; and her best friends,  Helen Bigger, of Hughesville and “Mom Katie” Lapp and her family, of Lancaster County. She was preceded in death by her sister, Gladys  Bowman (John Sr), of Lancaster.

As per her wishes, there will be no services.

If friends so desire, memorial contributions in Clara’s name may be made to any local SPCA or local food bank to help those in need.

Plant a tree in memory of Clara by clicking here.
To send flowers to Clara's family, please visit our floral store.

Plant a tree in memory of Clara
An environmentally-friendly option

Plant a tree in memory of Clara

1 tree planted in memory of Clara

With great sorrow to the family, love and hugs to all many memories on the farm many years ago but never forgotten !!! Always Darla Wetzel

We wish to express our sympathy to the family, you are in our thoughts and prayers. Clara  helped take care of my aunt, Virginia Albright, in New Holland. Gene & Sara Kutz

A Memorial Tree was planted for Clara E. Rogers

We are deeply sorry for your loss ~ the staff at Cronrath-Grenoble Funeral Home, Inc.
Join in honoring their life - plant a memorial tree

Plant a tree in memory of Clara