Plant a tree in memory of Ray
An environmentally-friendly option 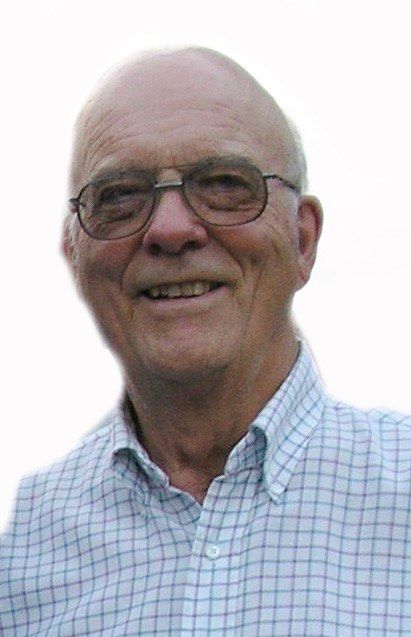 Ray was a graduate of Muncy High School. After serving in World War II in the U.S. Army Signal Corp, he worked at Sprout Waldron (Andritz) 42 years, retiring in 1987.

He was a 30-year member of the Muncy Lions Club, and helped many folks with their taxes through the AARP tax aide program. Ray gave over 33 gallons of blood to the American Red Cross Bloodmobile, and he and Janet volunteered for Meals on Wheels for many years.

Surviving, in addition to his wife, are a son, Leslie Confer and his wife, Patricia, of Maple Glen; daughter-in-law, Cheryl Confer, of Woodstock, MD; daughter, Eva Breneisen, of Williamsport; 10 grandchildren and 12 great-grandchildren.

In addition to his parents, he was preceded in death by his son, Michael Confer and brother, Larry Confer.

Services will be announced at a later date.

Burial will be held privately at the convenience of the family in Muncy Cemetery.

If friends so desire memorial contributions in Ray’s name may be made to the Muncy Lion’s Club, 209 Quarry Rd., Muncy, PA 17756.

The family is being assisted by Grenoble’s, 121 S. Main St., Muncy.

Plant a tree in memory of Ray by clicking here.
To send flowers to Ray's family, please visit our floral store.

Plant a tree in memory of Ray
An environmentally-friendly option

Plant a tree in memory of Ray

5 trees planted in memory of Ray

Sent with love and remembrance.
Joy and Ernie Gonzalez

A Memorial Tree was ordered in memory of Ray F. Confer.  Plant a Tree

A Memorial Tree was ordered in memory of Ray F. Confer.  Plant a Tree

Janet, I apologize for the spelling error. Spotty should’ve sorry

Hi Janet, We are truly spotty at the passing of your life partner. We would have visited during his convalescence but COVID prevented it. Working with Ray at SW was a pleasure for many years. Then working with him and socializing as Muncy Lions was most enjoyable. We often joked about the vacations he took with the “missing 12 cents” from the Lions treasury. The Lions he served with, especially myself, will remember him forever. God be with you and you family..

A Memorial Tree was ordered in memory of Ray F. Confer by Donna Wells, Cheryl Confer’s sister .  Plant a Tree

Plant a tree in memory of Ray